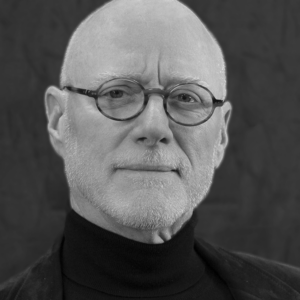 Mic Patterson is a designer, researcher, educator, futurist, author, photographer, and entrepreneur. He has concentrated his professional and academic career on advanced facade technology and sustainable building practices. He pioneered the introduction of structural glass facade technology in the US in the 1990s, implementing diverse and novel applications including cable trusses, cable nets and grid shells. Mic is currently the Ambassador of Innovation & Collaboration, an officer and board member of the Facade Tectonics Institute, an organization which he founded and acted as inaugural president. He is also a lecturer at the University of Southern California School of Architecture. He was formerly the Director of Strategic Development for Schüco USA, playing a founding role in the launch of the Virtual Construction Lab of Schüco. He was among the founding group of the Advanced Technology Studio of Enclos where he worked as the Vice President of Strategic Development. He also co-founded the Facades+ conference series with The Architect’s Newspaper. He is on the technical research committee for GlassCon Global and a former member of the Advisor Group for the Council for Tall Buildings and Urban Habitat. He has thrice been named among the industry’s most influential by US Glass magazine. Patterson earned a Master of Building Science and PhD in Architecture at the University of Southern California, with a research focus on structural glass facades and sustainable curtainwall practices in tall building applications. He has taught, written extensively, and lectured internationally on diverse aspects of advanced facade technology. He is the author of Structural Glass Facades and Enclosures (Wiley).